Mother Marina Akhter (28) and her three-year-old son Junaid were killed in a bus accident on their way back from a wedding ceremony. The incident took place on Saturday (November 5) at around 3:30 p.m. on the Dhaka-Barisal highway when the Pirojpur-bound Sakura Paribahan vehicle lost control.

Three others were killed in this incident. Also, husband Abdur Rahim (33) and daughter Ayesha (7) of the deceased Marina were sent to Barisal Sher Bangla Medical College Hospital with injuries. They are residents of Dakshin Sialkathi village of Sialkathi union of Kaukhali upazila of Pirojpur.

According to local sources and the family of the deceased, Marina and her family were on their way back from their wedding ceremony in Dhaka when the bus accident took place at Madhavpur in Bhanga Upazila of Faridpur. Four people were killed on the spot when the Sakura Paribahan vehicle lost control and rammed into a tree.

Abdur Rahim, the brother of the deceased mariner, said that Apa and Dulabhai had gone to the wedding ceremony in Dhaka with their family. The accident happened on the way back from there. I really cannot accept such a death. After the ceremony, they will be buried in the family cemetery.

Mainul Islam Chunnu, the uncle of the deceased mariner, said that he went to the wedding ceremony with his family. My niece and her son died. His daughter and niece-in-law are undergoing treatment at the hospital. We cannot accept their death in any way.

Nasir Uddin, general secretary of Sialkathi Union Awami League, said, carelessness and unawareness are the cause of the accident. Two of a family were killed in our area. Two others are undergoing treatment for injuries. The incident is really sad. 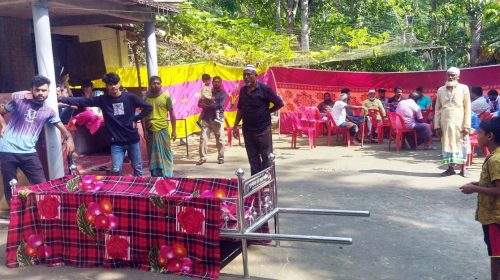 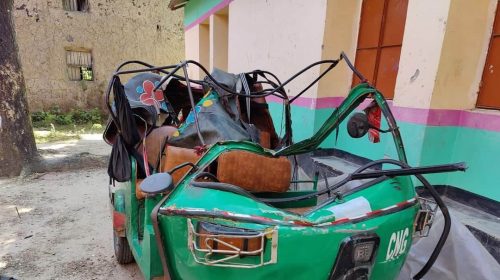