Neighbors rushed to the spot and rescued the bride and admitted her to the Upazila Health Complex. The incident took place in Par-Gurudaspur mahalla of ward 2 of Natore’s Gurudaspur municipal headquarters. 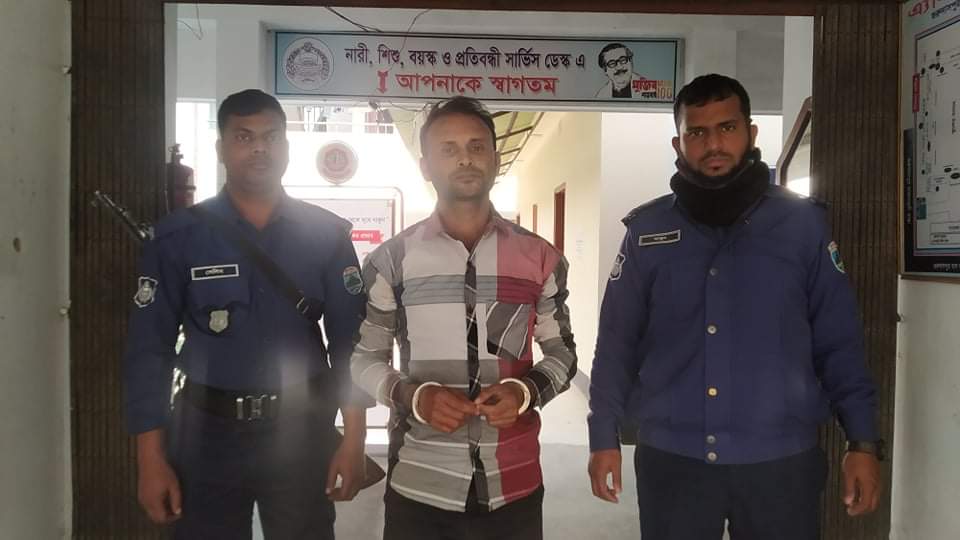 According to the victim’s family and case documents, the bride was married to Muktar Hossain, 40, son of Manik Ullah of Par-Gurudaspur mahalla of Natore’s Gurudaspur municipal headquarters seven months ago. Rashidul Islam, the father of the bride, said that the dowry-loving husband Mukta had been torturing the bride for no reason since the marriage.

Last Sunday (January 23) late at night, her husband Muktar Hossain took sexually stimulating pills and tortured the bride’s genitals and anus. Neighbors rescued the bride and admitted her to Gurudaspur Upazila Health Complex when she fell ill due to overcrowding. Later, the housewife’s father said. Rashidul Islam filed a case against his daughter-in-law Muktar Hossain at Gurudaspur police station.
According to the victim’s housewife, her husband Muktar Hossain used to sexually abuse her by taking sexually arousing pills regularly after marriage. He used to physically torture her when she forbade him. The housewife demanded exemplary punishment.

Arifa Afroz Banu, a doctor on duty at the Upazila Health Complex, said the bride came to the medical center with signs of perverted sex. I have heard the description of sexual misconduct between husband and wife in the mouth of the patient, but two days after the incident, there were few signs of coming for treatment. He is hospitalized.

Muktar Hossain, the bride’s husband, admitted to taking sexually arousing pills and said on his mobile phone that his wife was pregnant. Bleeding may occur due to physical contact with her after a break of several days.

Gurudaspur Police Station Officer-in-Charge (OC) Abdul Motin said the housewife’s father Rashidul Islam Badi had filed a case in the name of his daughter-in-law Muktar Hossain. The accused has been arrested at the earliest. Necessary steps are being taken subject to investigation.