The dream of 4 farmers was burnt in Gurudaspur

Gurudaspur (Natore) Representative.
The fire at Pipla Purbapara in Khubjipur union of Gurudaspur upazila of Natore has burnt down seven houses of farmers, cows, goats, poultry, round crops and furniture along with cash.
The fire started at around 4 pm on Sunday (December 12). The unfortunate farmers Ismail, Basir, Jamal, Asmat and Arif are all farmers in the same village.
According to the victim’s family and locals, the fire started from the barn on Sunday night. It is believed that the fire started from the fire of the coil. Within moments the fire from the barn spread to other houses. The fire was brought under control after 2 hours due to the efforts of fire service and locals.

Shahidul Islam, in-charge of Gurudaspur Fire Service Station, said that the fire brigade along with him rushed to the spot after hearing the news of the fire at night. The fire was brought under control even though it took a little more time as the incident site and the crossing boat were locked on the other side of the river. They estimate a loss of 12 to 15 lakh rupees.

The victim Ismail Hossain said that the house of his three siblings is next to it. If a fire breaks out in one house, it spreads quickly to other houses. The house of one of their neighbors was also burnt in the fire. Although they were able to escape with their lives, everything in the house was burnt to ashes. As a result, they are now helpless. Not even winter clothes with food.
Monirul Islam Dolan, chairman of Khubjipur Union Parishad, confirmed the incident and said that he had provided Rs. He also said that they would be assisted by the Union Parishad.

Gurudaspur Upazila Nirbahi Officer has already provided dry food and winter clothes to the farmers. Necessary steps will be taken after verifying the amount of damage. 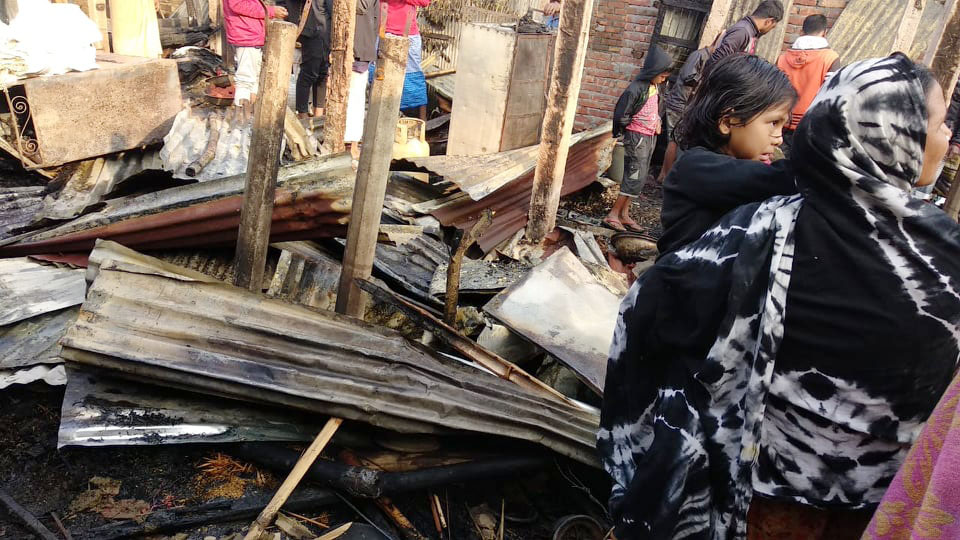